Our Deaf Warriors tasted victory today in their game against Mekong University Staff.  For many, today was a holiday. We took this opportunity to organize a match.

The game started out a fairly even fight with each team matching the goals of the other.  Shortly before halftime, the Deaf Warriors were down by one goal but managed to rally and went into the half tied.  With some of the strongest players returning from injury, the communication of the Warriors on the field was much better than in some previous matches.  They were working to set up plays, and staying in position very well –  it worked to their advantage.

The Warriors started the second half even stronger than the first and quickly began to dominate.  They had many shots on goal and ended the game with a final score of 10 to 5!  Well played! 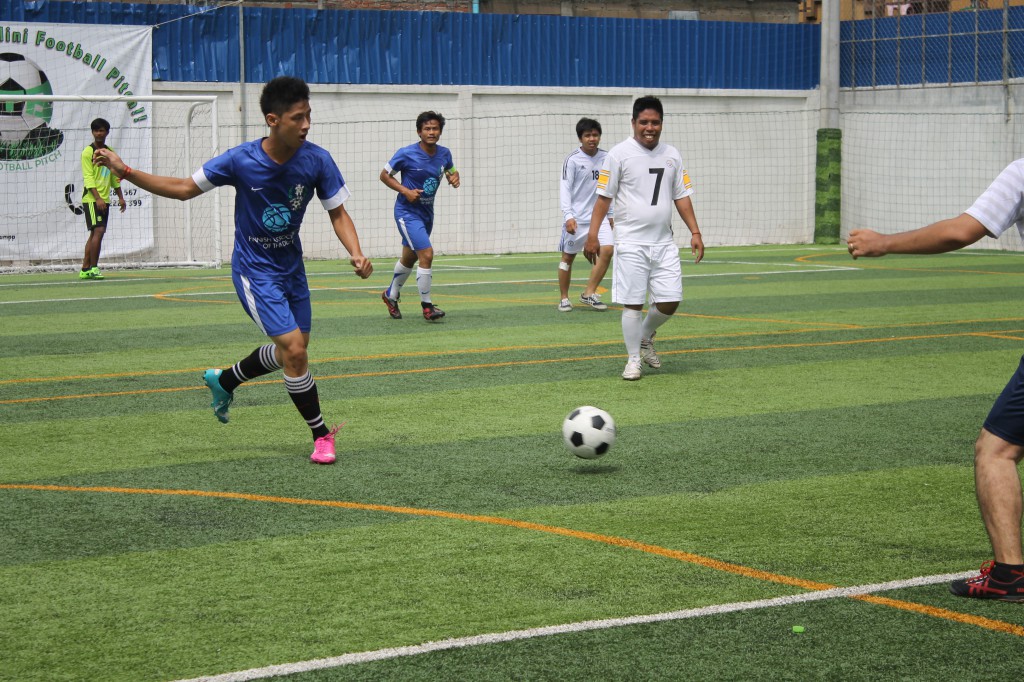 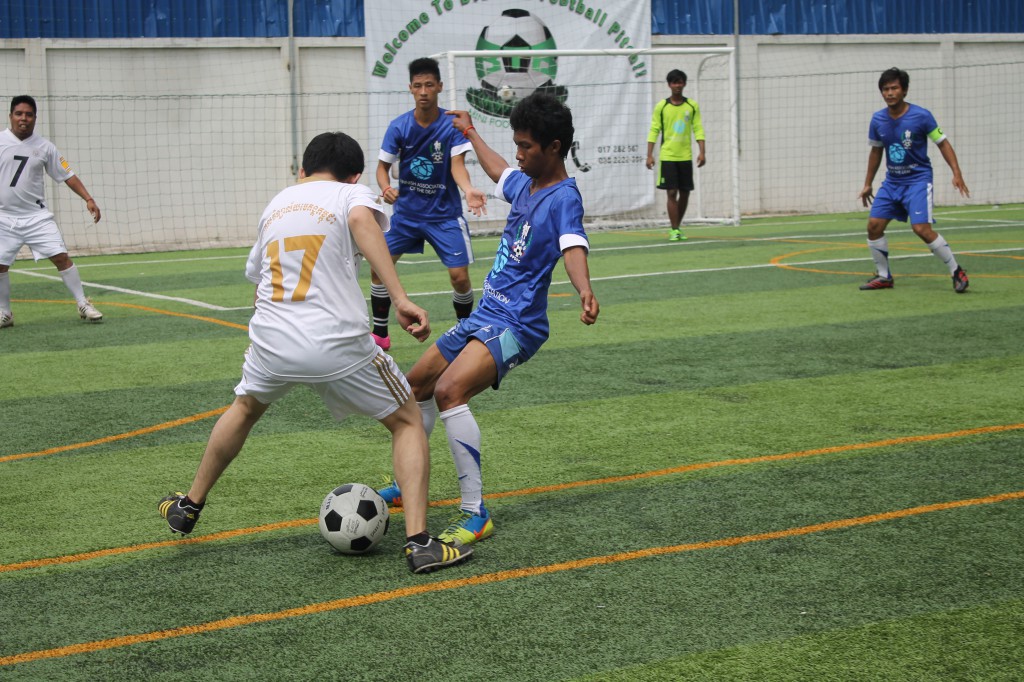 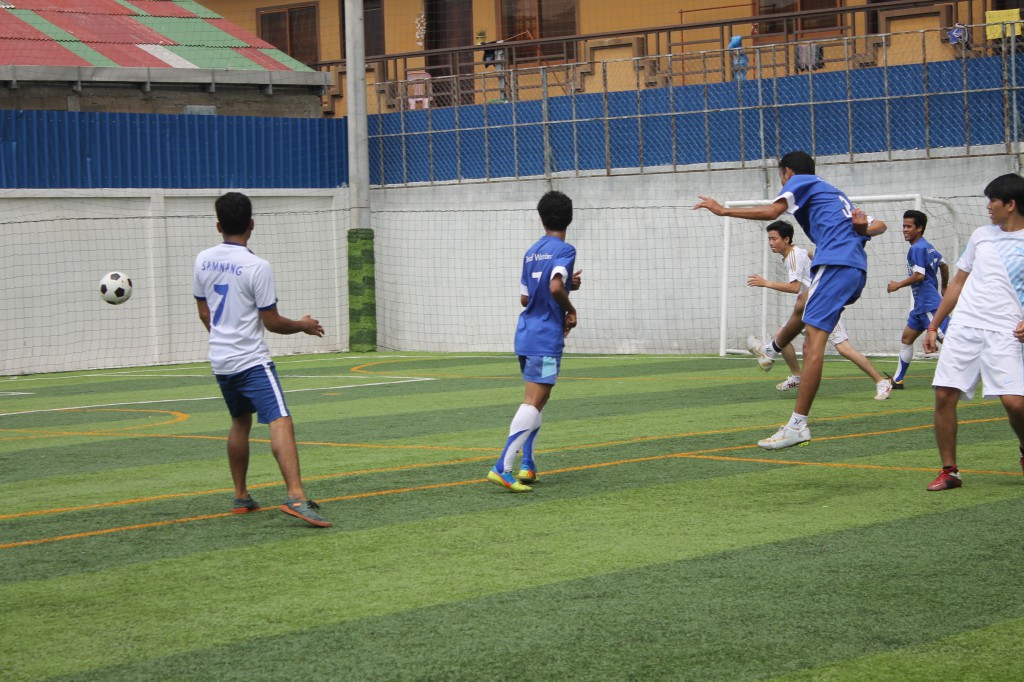 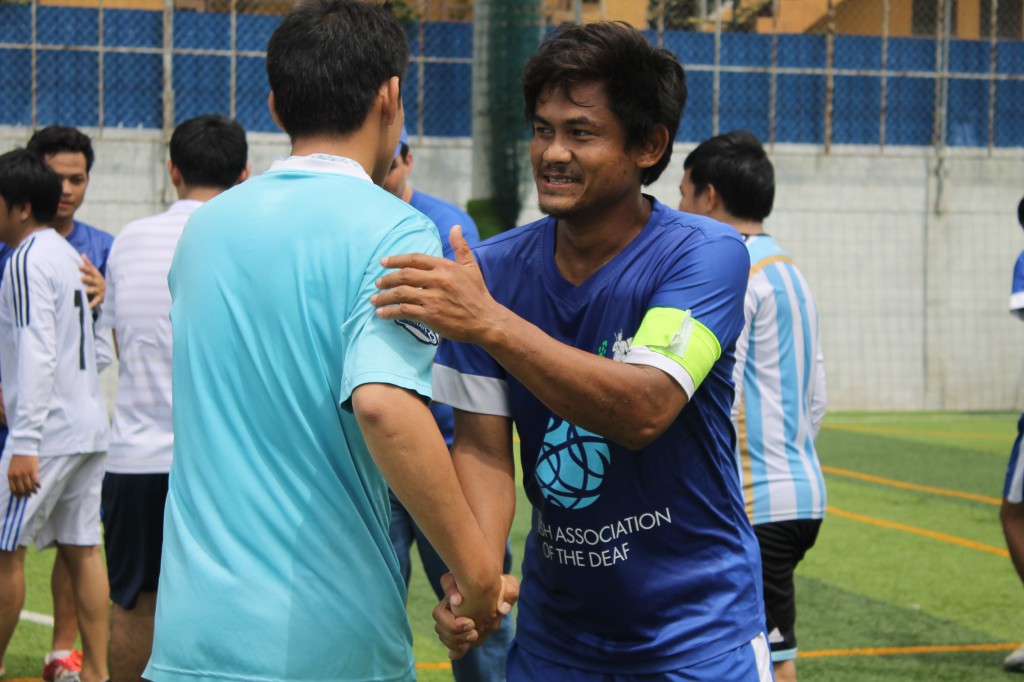 Handshake after the game 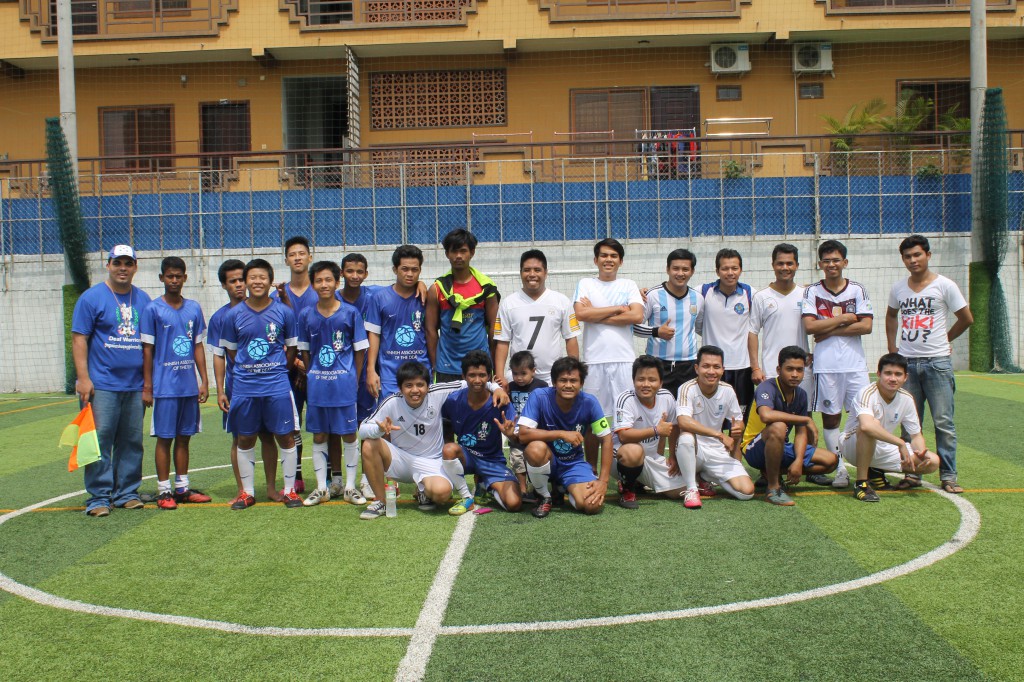