Around the world, the first day of school is filled with anxieties, hopes, joys, dreams, and tears. On Monday, a new class of 36 students (divided between Phnom Penh, Kampot, and Kampong Cham) experienced this rush of emotions.  For some, they traveled from a few hours away to move into one of our DDP houses, brought by their parents who have a great wish that their deaf child will learn to communicate and receive a basic education.  What a privilege for DDP to be entrusted with these young people, who for their entire lives have probably been protected and shielded from much of society by their parents.   We wish them all good luck as they begin to access knowledge previously unavailable to them.

Australian volunteer, Joseph, had this to say after attending the opening ceremonies in Phnom Penh, “Though difficult to follow due to my limited knowledge of the increasingly expanding Cambodian Sign Language, it was clear that these students have a large interest in being taught a form of communication which previously was not available to them. When teachers and interpreters were introduced, students would respond by waving [applause for a deaf audience] to acknowledge their status and efforts for this large community… this initiative to welcome these students to a home where they may learn a fundamental skill is imperative.” 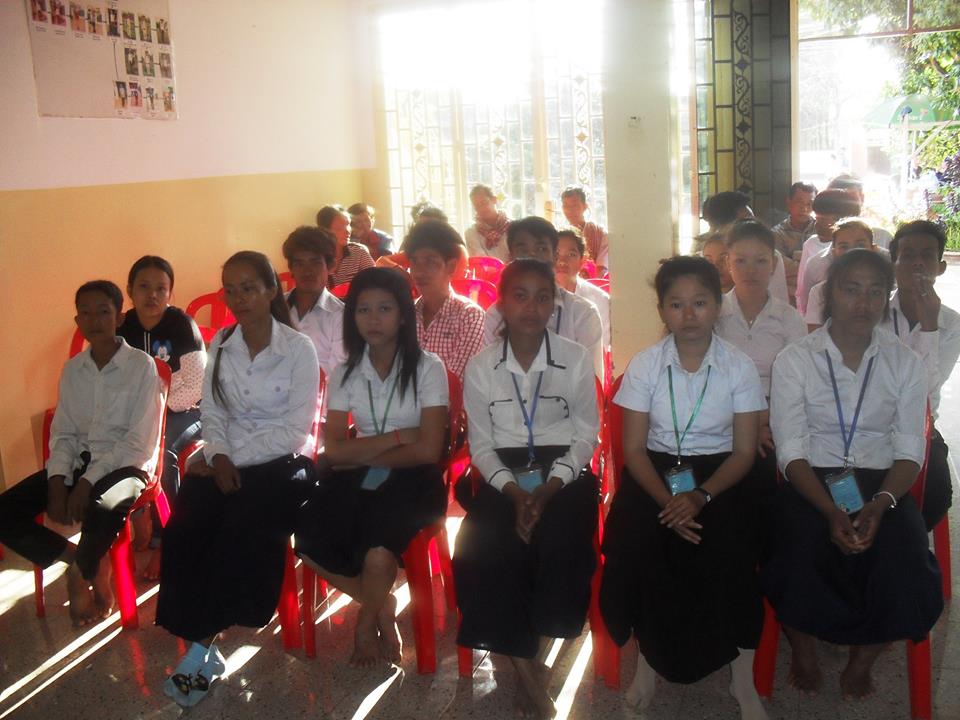 Year one students in Kampong Cham 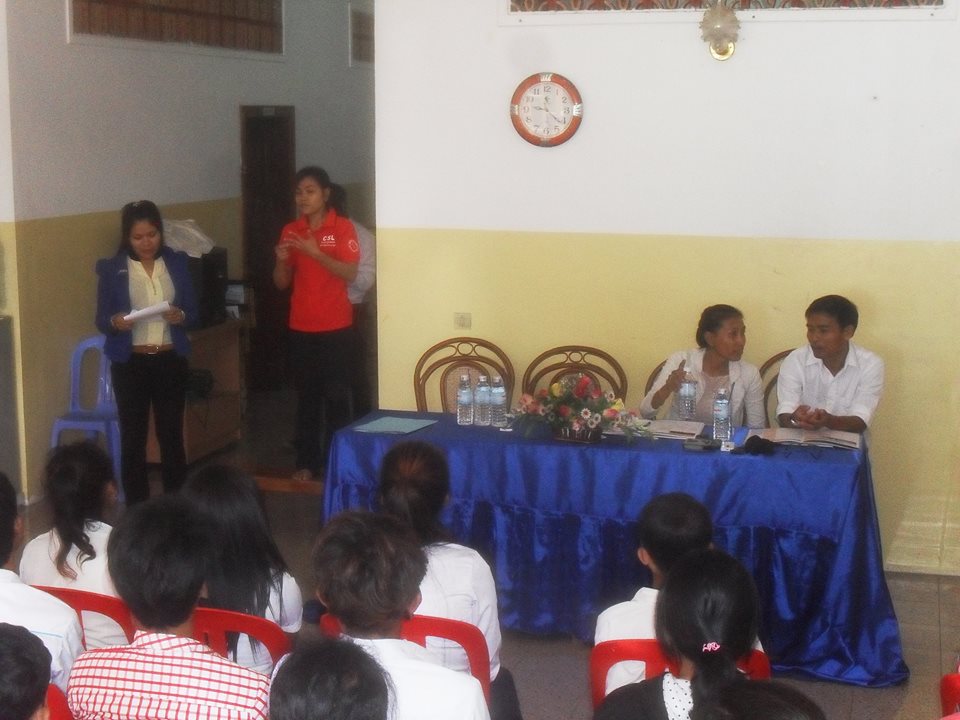 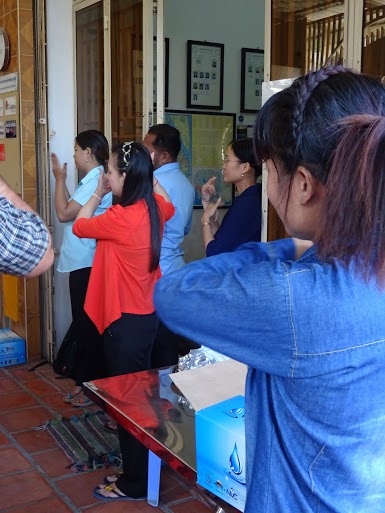 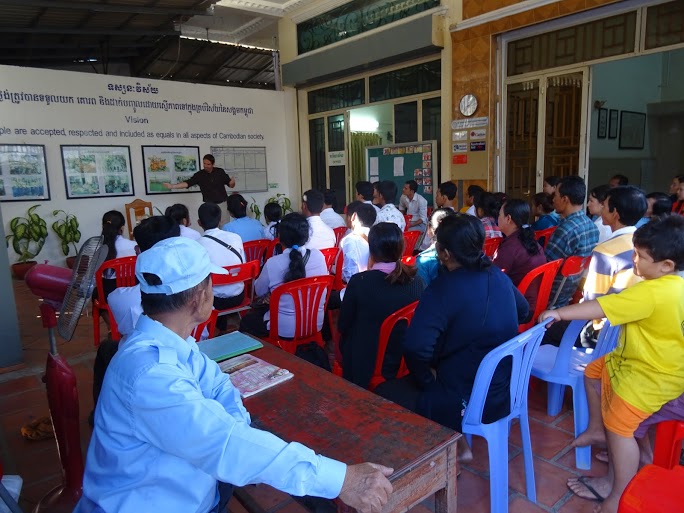 The full house of students, parents, and staff at the opening ceremony in Phnom Penh 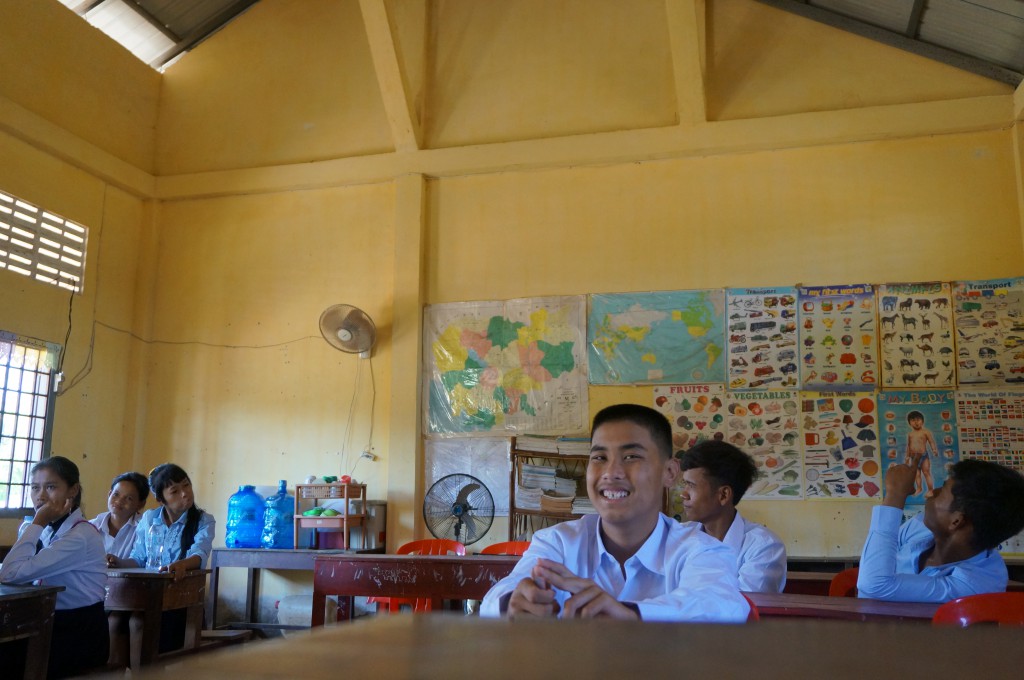