Joseph and I traveled into the Kampot provinces with a team of DDP staff members to recruit new deaf students. This activity was a part of DDP’s outreach initiative.

The staff encouraged the deaf people to come and stay at the DDP house in Kampot where they would be provided with an education and job training as well as a chance to interact and communicate with other deaf residents. Vocation training would assist the students in establishing their own business, allowing them to work from their home areas, or search for employment elsewhere. The agricultural program promotes agricultural training for deaf people. This project would allow the deaf people to work in their home provinces and raise animals such as chickens, pigs, and fish. This program would be effective for deaf people who do not want to leave their families and community.

Most of the students we visited seemed hesitant about the idea of moving to the Kampot DDP house to study because they did not want to leave their families. Some of the students were extremely shy and hesitant to communicate with the staff members. Nevertheless, the Kampot DDP staff made an enthusiastic effort to build a relationship and establish rapport with the deaf people that they were trying to recruit. This connection made the students feel more comfortable about the prospect of leaving their homes to study with DDP.

I think that the DDP outreach program is a fantastic initiative and I hope that the students that we visited will make the decision to come to the DDP house to study. 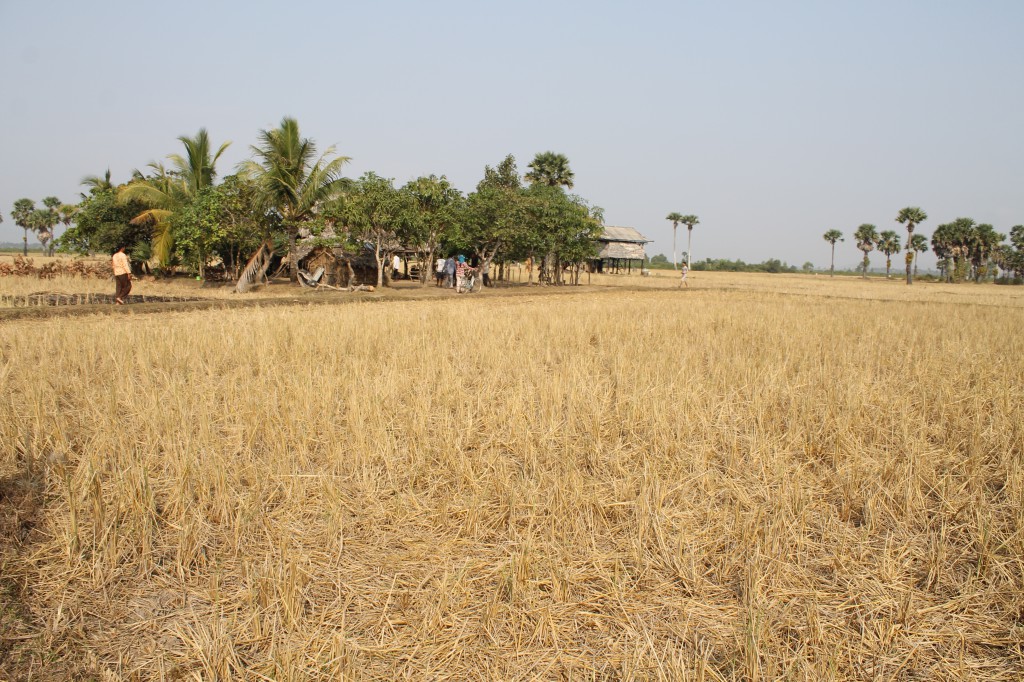 One of the homes was only accessible by foot, walking through harvested and dried out rice fields 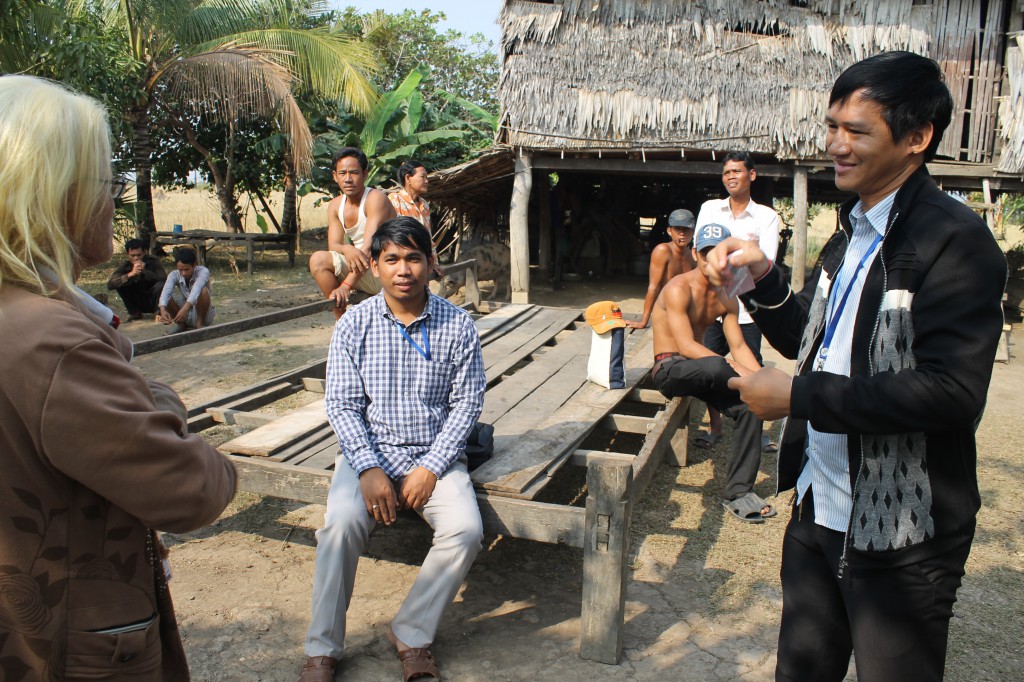 DDP Field Workers discussing one very shy, deaf youth and how to best encourage him to study. Nearly 20 hearing villagers followed our team to see what brought us to the village.

Laura Mullooly is a third-year student at Macquerie University in Australia and will be serving with DDP for two months.