This past weekend, the Phnom Penh Deaf Football League opened!  They will play for the next ten weeks.  The six teams joined in an opening ceremony at which they drew to see which mascot their team would have.  This is a league sponsored by DDP but with all teams consisting of a mix of Krousar Thmey and DDP players. 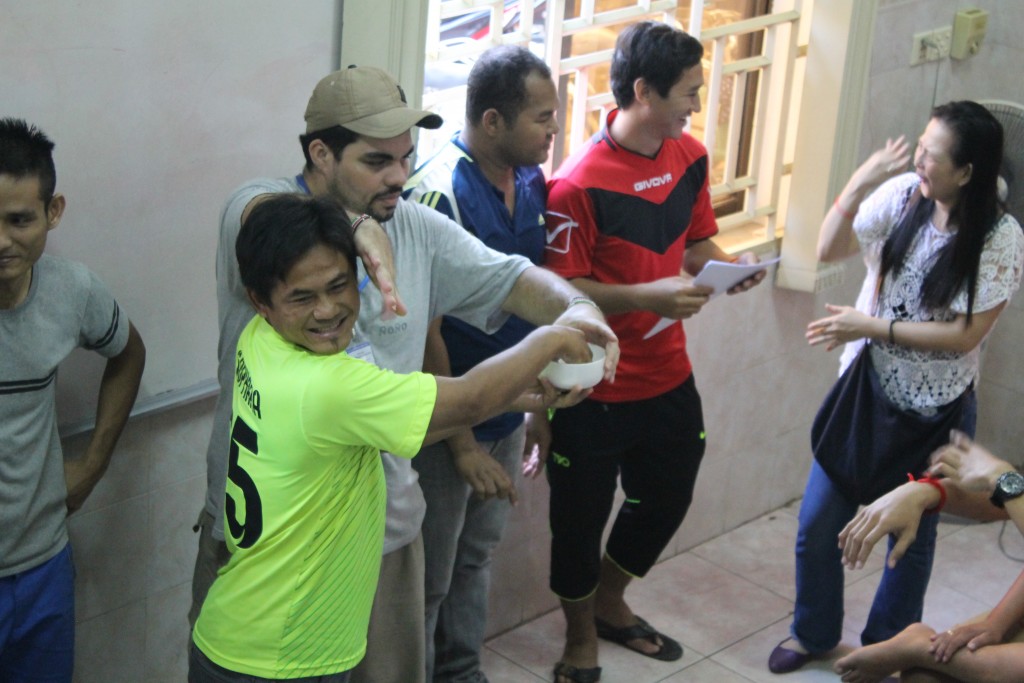 As you can see, this was a very serious process. 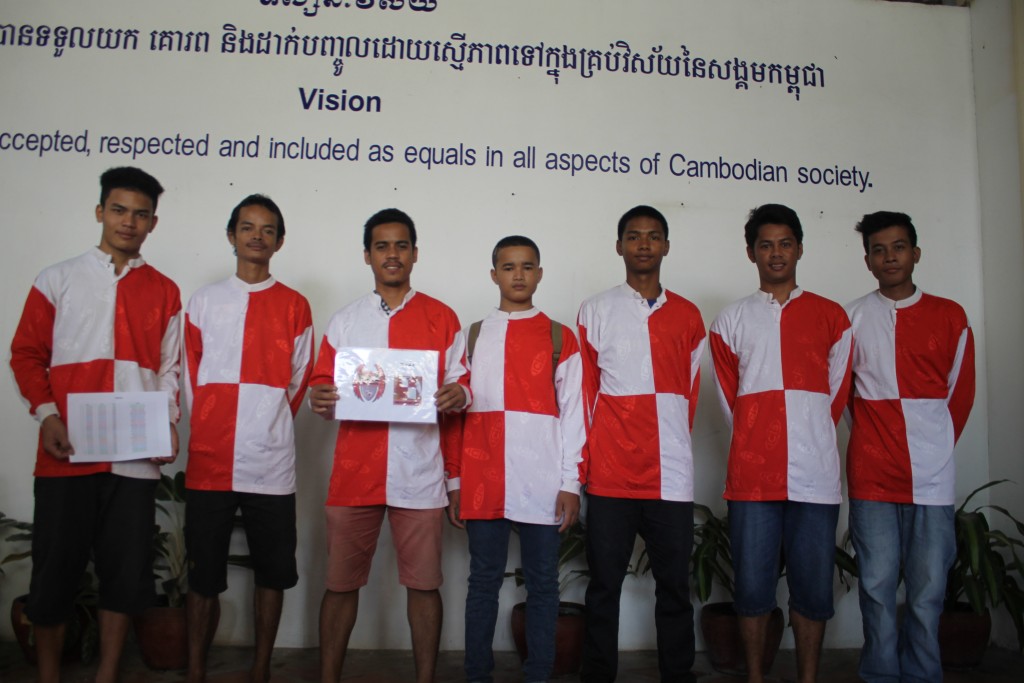 Introducing the Falcons!  Who dominated in their game with 15 goals to the Panthers 9. 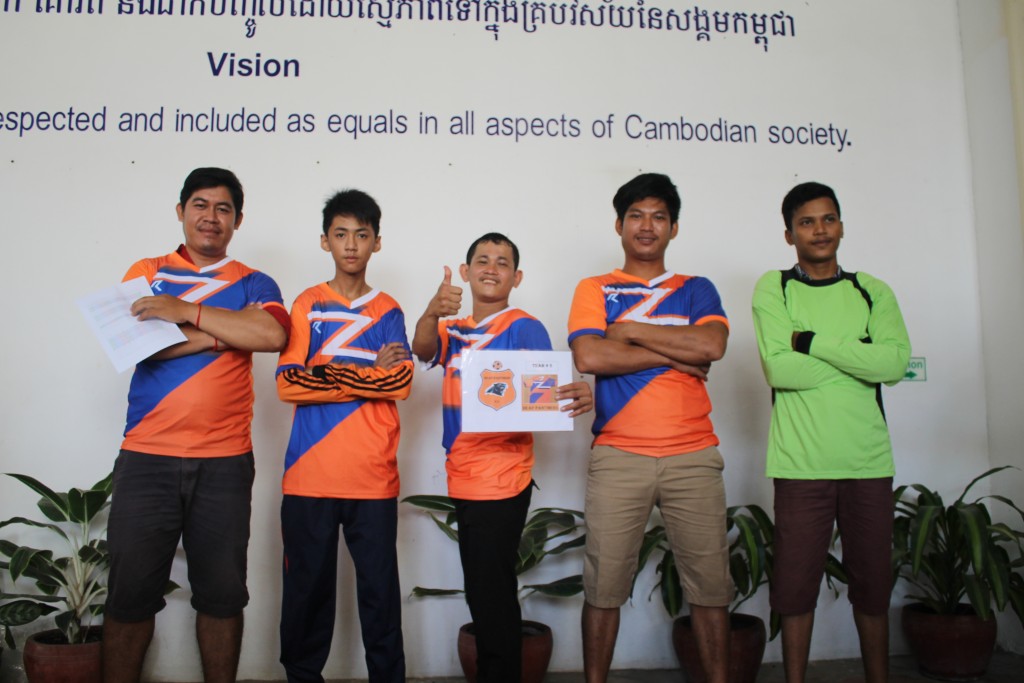 The Panthers!  A number of their players missed the opening ceremony. 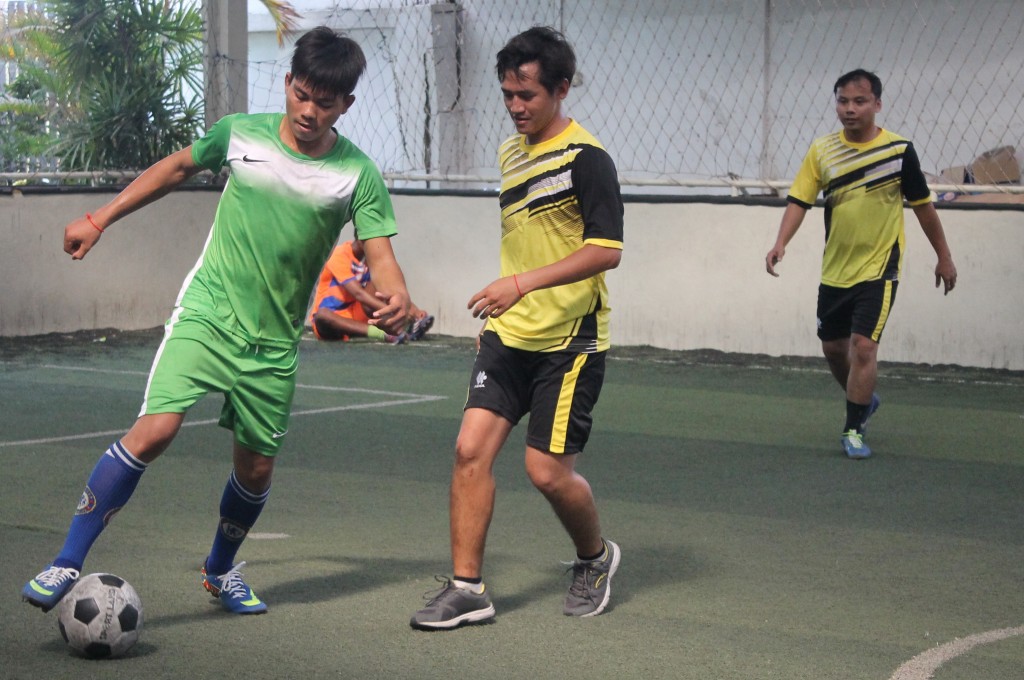 The Dragons (green) were victorious over the Tigers (yellow). 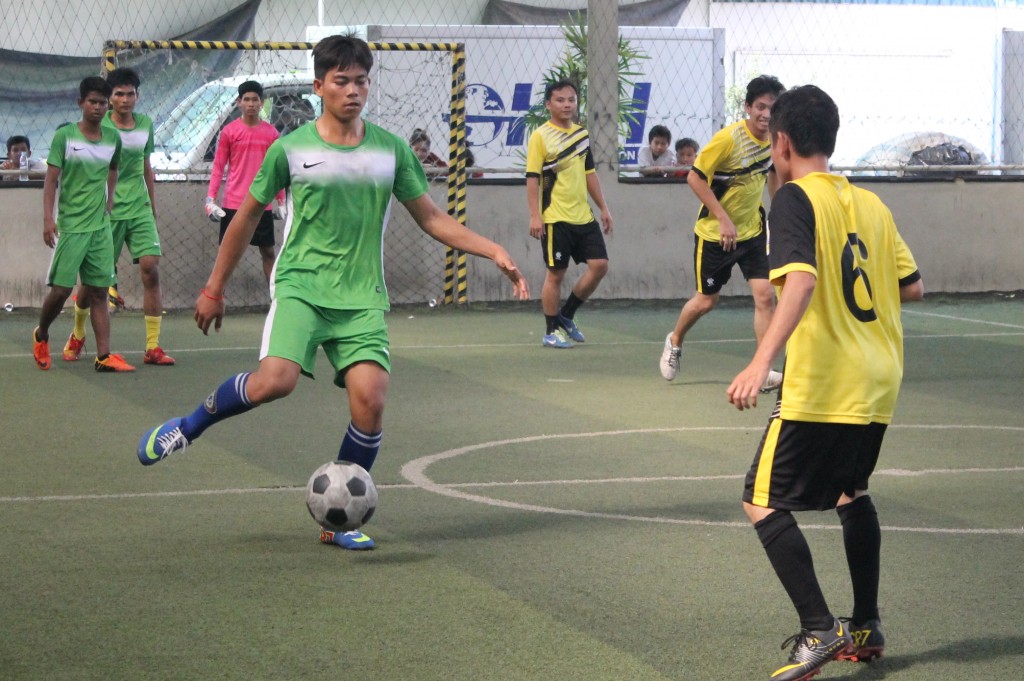 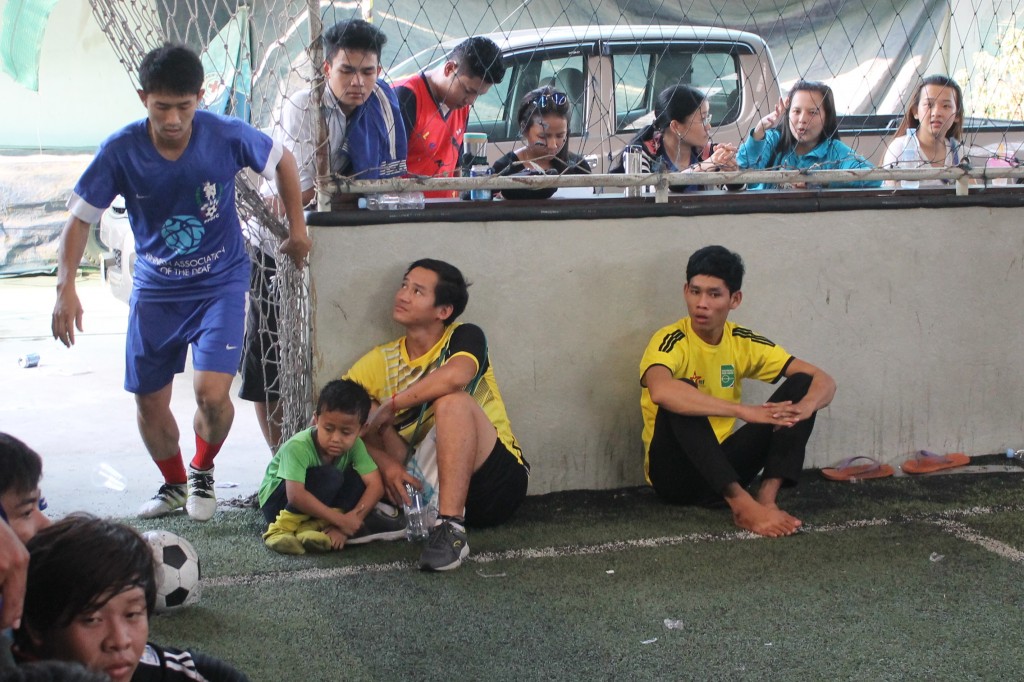 One of the Sharks takes a corner kick. 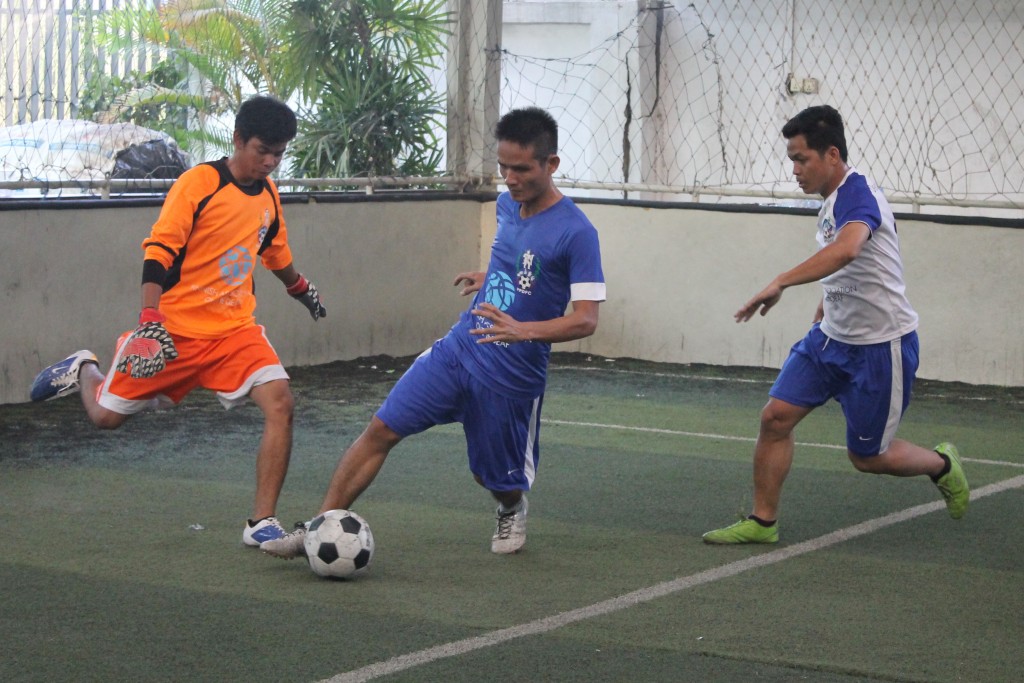 Ultimately, the Bulls (white) were victorious over the Sharks (9 v. 5 final score).